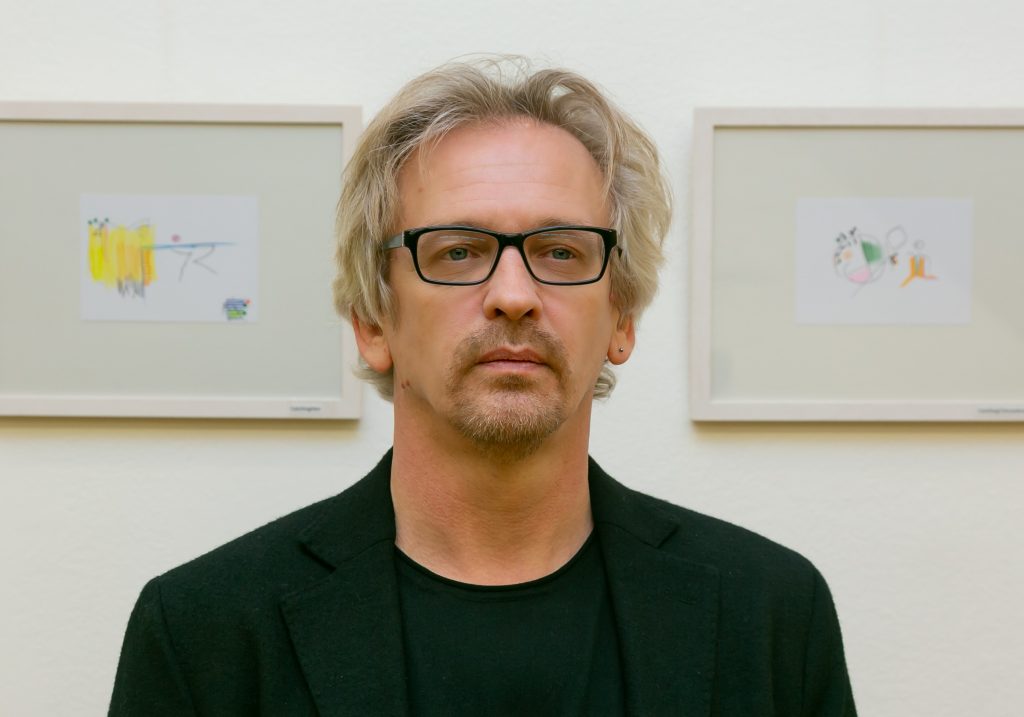 Maxim Seloujanov (in the opinion of the Münchner Rathaus Umschau), “one of the most creative and imaginative composers” was born in Moscow in the former Soviet Union. His life has been characterised by many artistic activities and by his attachment to various cultural areas. In his oeuvre he refers both to Russian culture as well as to achievements of the western avant-garde. At present Seloujanov spends his time between Austria, Germany and Italy.

“A glance at his highly extensive catalogue of works shows an overwhelming imagination, rebellious humour, his enjoyment in making eccentric plays on words and a creative and adventurous spirit. Listening to his works reveals music of high quality and of such stylistic variety that it cannot be easily categorised. His music can be powerful and dynamic, or encompass a great variety of colours like a kaleidoscope; it can be insistent and penetrating or lyrical and reserved, concentrated and expressive, or variegated and associative. And yet Seloujanov moves beyond post-modern randomness and superficiality”. (Source: document for the award ot the musical scholarship ot the regional capital city of Munich, 2004, signed by the mayor, Christian Ude).

“From Seloujanov’s works alone it would easily be possible to extract the history of notation of western civilisation of the past thousand years”. (Süddeutsche Zeitung)

Seloujanov had a sound professional training in Moscow which he refined in studies with Boguslav Schaeffer at the Mozarteum in Salzburg. His craft epitomises a variety of compositional means and techniques which are always used in harmony with the given artistic tasks. Seloujanov’s works have received several international prizes. Besides his music he creates poetic, theatrical and interactive media works.